Is it coming home? That’s the question on the lips on everyone’s lips as Street Soccer players enter the 32 Borough Cup this coming Sunday. 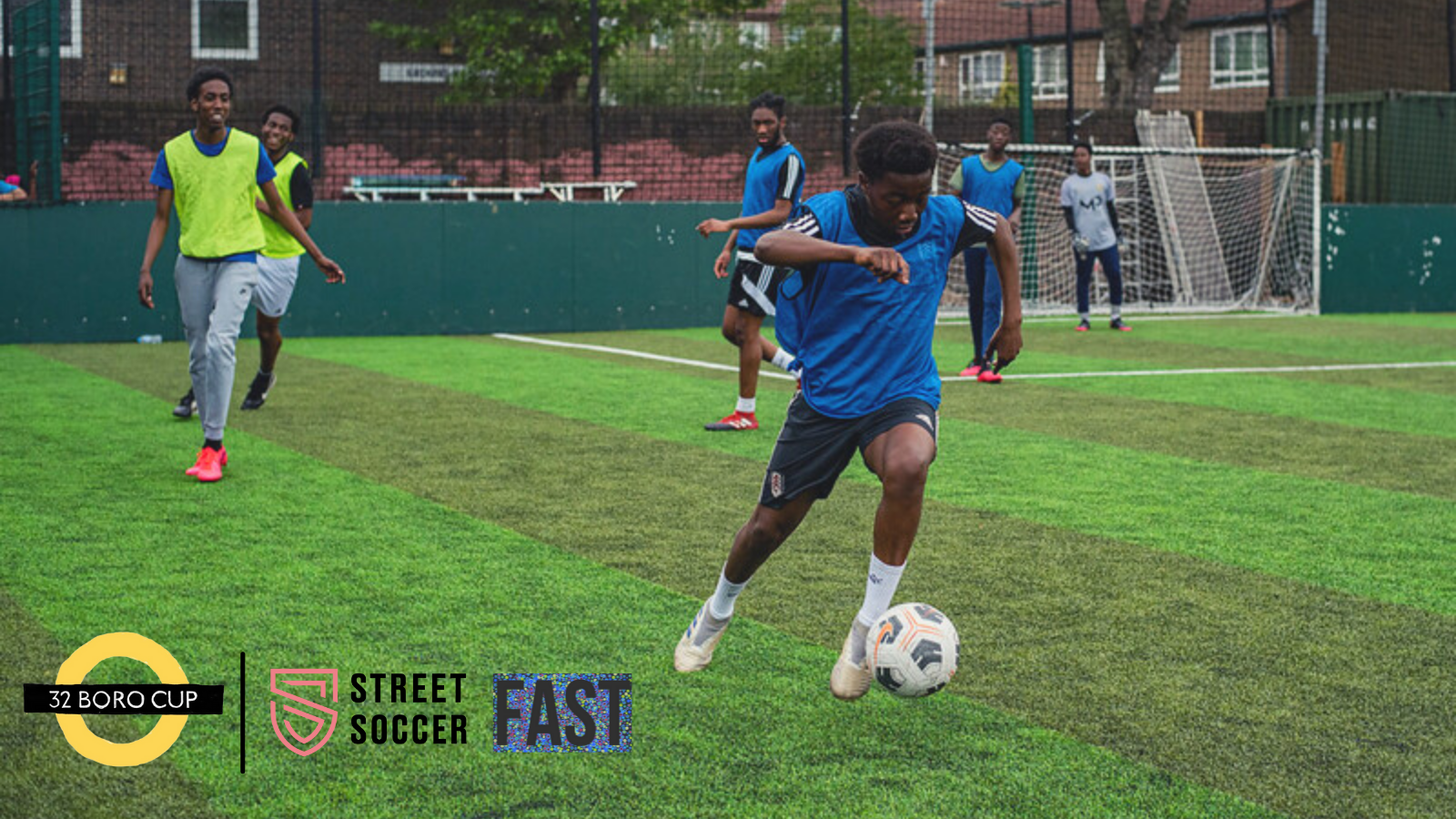 Is it coming home? That’s the question on the lips on everyone’s lips as Street Soccer players enter the 32 Borough Cup this coming Sunday.

Representing Merton Borough, Street Soccer and FAST have selected an 18 man squad to participate in the tournament set up by Hackney Wick FC. In partnership with the Black Prince Trust, we have prepared the squad across numerous training sessions, following an extensive trial period.

Abukar, the goalkeeper for our squad, believes that the boys have a real chance of progressing in the tournament;

“We’re really excited for Sunday, this is the first time a lot of our guys have played together, so it will be a new experience but I feel like we’ve got a good chance to show what we’ve got. I think we’ve got a solid team, training has been going well and the boys are really happy with how things are shaping up.”

There are eight groups of four across the competition and Merton have been placed in Group D with Newham, Waltham Forest and Ealing. Games will be half an hour long, played at the Hackney Marshes. The knockouts will see the top two progress to a Championship route, with the bottom two proceeding to a conference competition.

The tournament was established by Hackney Wick FC, with the aim of engaging with the younger community both on and off the pitch to reduce violence around the city. With all 32 boroughs represented, this will be a great opportunity for the 16-18 year olds to showcase their skills at the event, which will be supported by BT Sport and Nike.

Abukar highlighted the benefit of the Street Soccer sessions, which have grown since its inception in 2020. More players across the city are participating, with many unlucky not to be selected for the upcoming event;

“I’ve been going to Street Soccer sessions since September and I’ve seen it grow from 20 odd people up to almost 60 people who are really benefitting from the football on offer. It was really hard only picking a squad of 18!”

With England’s European Championship final against Italy later in the day, there is potential for double glory in London. Gareth Southgate’s men are competing in their first final since 1966 in the north of the city, Abukar spoke of the excitement among the squad;

“Depending on when we exit the tournament, a lot of the boys will be hyped for the build up to the Euros final, we’ve never seen England in a final before.”

A new squad and a new experience for the Street Soccer boys, asked if there was anyone to lookout for in particular, Abukar added;

“I wouldn’t say we have any standout players per se, we’ve been unlucky with a few injuries but we have talent all over the pitch. If I was to pick any I’d say look out for Callum and Abdi to cause some damage though!” 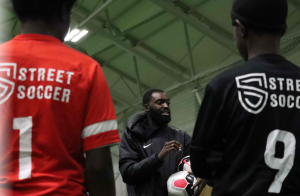