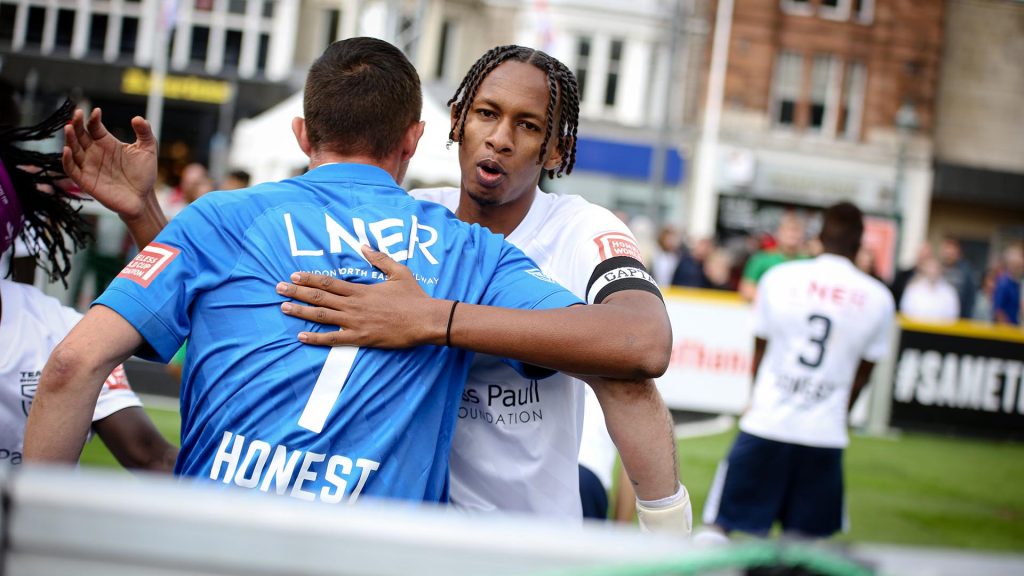 In 2016 a terrified, persecuted teenager was using all his wit and guile to constantly evade – sometime succeeding, sometimes not – the forces that hounded him in the country of his birth, causing him to merely exist in the shadows. Fast forward five years and those same traits have helped him earn the captain’s armband of his now-adopted country’s street soccer side, his face beaming in the unexpected sunshine of a Scottish September day. Freedom, friends and football have become Frankie Juma’s new way of life.

“I escaped from Sudan when I was just 20,” he explains. “I’m from the Darfur region, an area which is very poor, and from a tribe that is not traditionally Sudanese so we weren’t really accepted. The authorities did not want us there and I suffered a lot of discrimination. They had a religious agenda and my friends, family and I were constantly being arrested – almost kidnapped – and the only way to save my life became to escape and never go back again.”

Four and a half years ago, Frankie left his family, friends and everything he knew to travel to the far north-west corner of Sudan and escape across its border to neighbouring Libya.

A HARD DECISION, BEFORE A LONG JOURNEY

“It wasn’t easy for me to leave my country and leave my family behind – it was a terrible experience – and it was a struggle to travel across and try to settle in another place,” he recalls. “Then clashes started in Libya and that country became unsafe for me. There is big problem there with modern slavery, I saw many of my friends kidnapped – it was really hard.”

Unable to escape south, east or west, Frankie was left with only one option – to make his way north to the coast and cross the Mediterranean to Italy. Eighteen months ago. At the start of the global pandemic.

“I crossed the sea by inflatable with 101 other people. It was a tiny boat and the waves were very high. We were starting to sink and I was sure I was going to die,” he says quietly.

“Then we were rescued by an organisation called Open Arms who took us to Italy. But this happened during Covid and there was no place to stay so I was homeless for three months. I joined with a group of guys in the same situation and we travelled to France, ending up in Calais. Things were really bad and I knew my only hope was to get to the United Kingdom – I understand the situation with so many asylum seekers and refugees but I was desperate.”

A NEW CHAPTER IN A NEW HOMELAND

On arrival in the UK. Frankie was offered a roof over his head and put in touch with Renaissance Foundation, a London youth charity who, in turn, introduced him to Street Soccer London as a way to help his mental and physical wellbeing.

“I’d been through a lot in my country, a lot of mental issues, but through football you can make friends, you find a way to release all of the negativity – it’s really helped me a lot. Being part of the team, part of the England team here has helped me and they’re now the friends and family that I don’t have.” Frankie’s smile broadens as he surveys the hustle and noise of day one of the Four Nations festival in the centre of Edinburgh and the team-mates with whom he has travelled – a voyage without the hazards and heartache of his previous five years’ journey.

“Everything before this seems another life ago now. Here I am representing my country, and I’m the captain of the team – they told me I had the courage and the personality to lead the team. That makes me feel so proud.

“When they were playing the anthem and hearing the words ‘God Save our Gracious Queen’ I really feel it. For me your country, your real homeland, is the place where you feel safe and that’s what I feel here in the UK. I really feel home, so I feel really proud. I am home.” 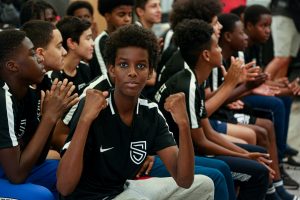 Welcome to the Bootroom