Trio reflect on a year at Street Soccer 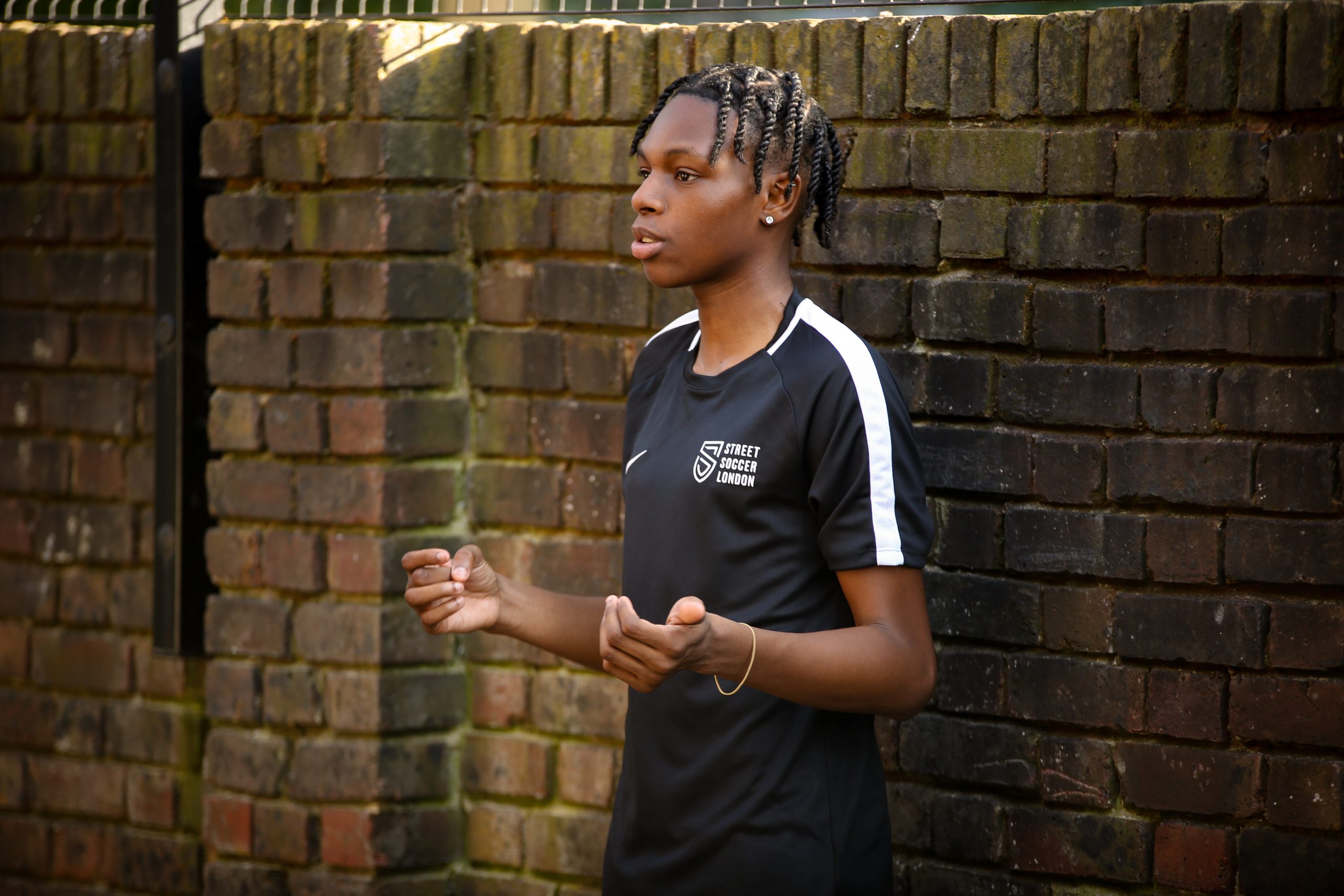 Street Soccer players Victor, Abdi and Isaac have urged London locals to come along to sessions at the Black Prince’s Trust, describing their own experience over the last year as ‘special’.

All three players, who are 17 years old, have been with Street Soccer for around a year now and have highlighted the positive impact the football and the people have had on their lives.

“I’ve been with Street Soccer since last summer but it feels like a lot longer! I feel like I’ve got my own family here as I’m here so often. Since coming, I’ve noticed an increase in my confidence and social skills, I love it here” said Victor.

Attending on both Mondays and Wednesdays, the lads underline that the welcome they received made a real difference on arrival.

“When I first came along, I got a great welcome. They sat us down and told us what Street Soccer were about and what they plan to do, and that’s what caught my attention. It wasn’t about the football and a competition between the players, it was about more than that” mentioned Abdi.

“When I first arrived, everyone was so kind and there are rarely any arguments, they really make you feel at home. The coaches make sure everyone is involved and we grow as a team. It puts a smile on my face” added Victor.

Coaches Craig, Jack, Yasin and Matthew have worked hard to create a safe and enjoyable environment for players. With COVID restrictions easing over the past six months, Street Soccer staff ensured that players were involved in the process of getting the sessions back on the pitch.

Abdi was one of three Street Soccer players who delivered a local event in Lambeth and emphasises that these opportunities are what makes Street Soccer such a tight-knit community.

“Having the chance to deliver that event and coach on our own was fantastic. It’s definitely something I want to keep doing as my passion for football means that I want to see others develop as players too. In the last year, we’ve had a lot of great experiences like the 32 Boro Cup and some educational workshops. I think this stuff has helped with my self-esteem and controlling your emotions. Others have said the same.”

Isaac, who was delighted to get more of his friends along to the sessions, pointed out that the sessions have had benefits both on and off the pitch.

“Before coming, I had trouble sort of interacting with people outside my peer group, whereas the help I’ve received here means that I am in a good place now. Over my time here, I’ve seen a lot of development in my discipline, my confidence and I’ve had some other great opportunities to express myself.”

The trio speak candidly about their own personal experience with football, and the platform Street Soccer has given them to grow as players and people. Victor, who continues to grin from ear to ear during our discussion, highlights that his confidence is sky high thanks to Street Soccer (not that we had noticed!):

“My confidence was quite low when I first started, and it takes time. However we started doing some workshops and this allowed some one to one time too, a bit of personal development. During this time, it helped me learn a lot of new skills and I think the rest of the boys benefitted too. My boy Yasin named me as team coordinator recently due to how much I’ve grown as a player and I was buzzing with that – thank you Yas!

I’d love to keep developing with Street Soccer, ideally I’d like to help some of the younger kids who were a bit like me when I first arrived – I can pass on my experience. Long term? I’d maybe like to be a coach like Matthew or Craig, they’re great at what they do!”

A common theme across all of the players who spoke about their experience, is that coming along allows them a safe space for at least a couple of hours after school. Street Soccer London aims to provide free football and further opportunities to engage with young players and ensure they are making positive choices with their free time. Abdi underlines the significance of the positive environment that has been established at the Black Prince’s Trust.

“Street Soccer have had a huge impact on the local community and its grown so much over my time here, there are as many as 50 people at most of the sessions. We’re all here because it’s a safe space and it’s enjoyable.

Most of the people coming together are local but we have more travelling over because they know this is a good place to come and play football. Our sessions are 4-6pm, so if we never had this, some boys might be out on the streets doing stuff that we don’t know about, so I think this is a very safe environment for everyone.”

With the school term having just started, there was no lack of enthusiasm from the players who ranged from 8 years old to 18, across a number of the available pitches in Lambeth. The facility at Powerleague Vauxhall is in the heart of the community and the players here are well aware of the impact that their engagement is having in the area. All three players hoped to see the sessions continue to go from strength to strength and are acutely aware of their role in helping with that.

“It’s a safe space here, there are great people here who take care of you and are always on hand for a chat. I like to encourage more of my friends to come down and play because it’s a great place to feel safe whilst enjoying yourself, you sort of forget about all your other worries when you’re here” says Isaac.

The power of football can not be underestimated and among the vibrancy of south London, there continues to be a number of positive stories emerging from Street Soccer London. 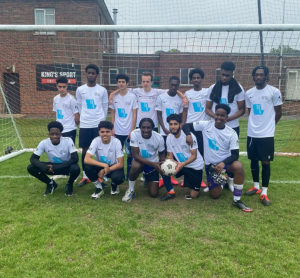